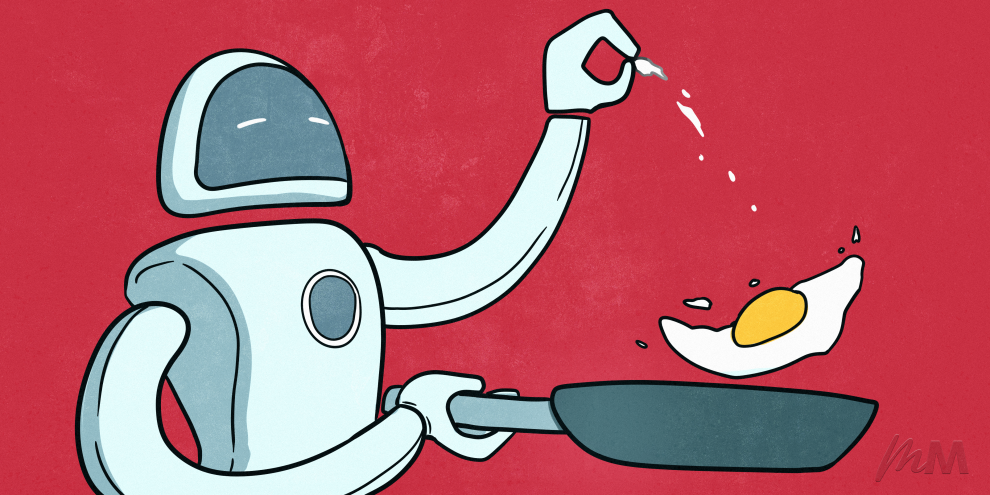 Scientists at the University of Cambridge are getting more creative with their machine learning algorithms by exploring culinary trained robots that can cook for humans.

A collaboration between the institution and appliance company Beko, the robot chefs, were developed to prepare a variety of dishes. The team behind the project was specifically interested in seeing how to best optimize a robot’s approach to producing a tastier meal based on human feedback.

“Cooking is a really interesting problem for roboticists, as humans can never be totally objective when it comes to food, so how do we as scientists assess whether the robot has done a good job?” says Cambridge Department of Engineering’s Dr Fumiya, who led the research.

When it was time to create an omelette, the team trained the robot chef from cracking the egg to plating the finished dish. The algorithm would then receive feedback and reliably improve the quality of meals over time.

“An omelette is one of those dishes that is easy to make, but difficult to make well,” says Iida. The team behind the robot chef algorithm describe the project as a way to utilize machine learning to make measurable improvements to robot-cooked food.