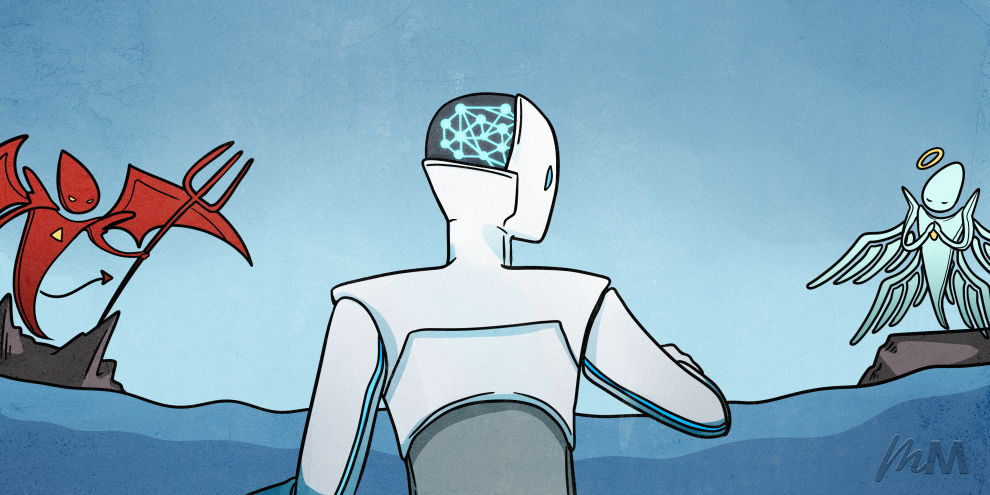 AI has always been at the receiving end of countless backlash over racial and gender biases. As a response, some leading companies in the industry are introducing ethics initiatives.

While these tech giants explain that their main goal is to make tech serve humanity, their efforts aren’t free from critique and scrutiny, with some programs being tagged as “evading regulation via ethics washing.”

In academia, a new survey of 2,360 students, lecturers, and professionals by software program agency Anaconda revealed that only 18 percent of data science scholars are studying AI ethics. But this lack of instruction isn’t because of the absence of curiosity.

Half to the majority of the students admitted that AI/ML’s anticipated societal impacts are the largest drawback to the technology’s advancement.

Anaconda’s survey shows that the gap extends from academics to trade. While organizations have the means to address this and have laid down a system, these efforts are still lacking, and companies are yet to take a proactive approach in educating students on the issue of bias.

The industry’s disregard in ethics troubled the researchers, with their warning along with the study that read, “Above and past the moral considerations at play, a failure to proactively tackle these areas poses strategic danger to enterprises and establishments throughout aggressive, monetary, and even authorized dimensions.”