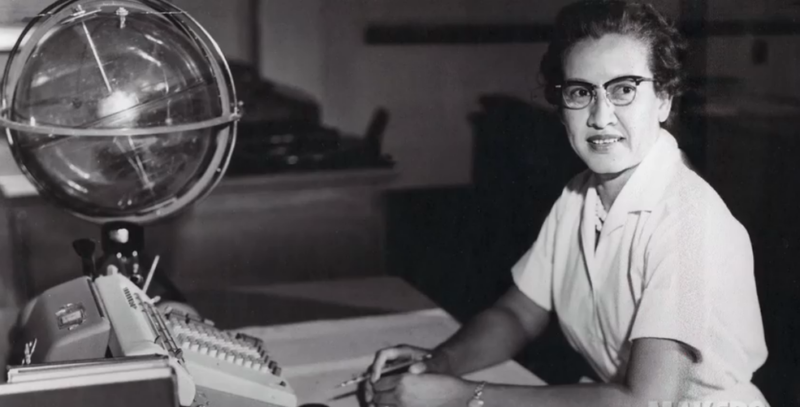 The mind who calculated the rocket trajectories and Earth orbits for NASA’s early space missions, Katherine Johnson, has died at the age of 101.

“Ms. Johnson helped our nation enlarge the frontiers of space even as she made huge strides that also opened doors for women and people of color in the universal human quest to explore space,” said NASA Administrator Jim Bridenstine. “Her dedication and skill as a mathematician helped put humans on the Moon and before that made it possible for our astronauts to take the first steps in space that we now follow on a journey to Mars.”

Earlier years in the field

Katherine was born and raised in West Virginia and was always fascinated by numbers. This became obvious when she continuously excelled academically, even graduating high school at a young age of 14.

She began working for the National Advisory Committee for Aeronautics (NASA’s predecessor) in 1953. Her role involved calculating trajectories for early US space missions.

Her legacy in Aeronautics

Described as a “leader from our pioneering days” by Bridenstine, Katherine’s notable contributions included helping calculate the trajectory for the 1969 Apollo 11 flight to the Moon. She had also been behind the trajectory calculations for the space flight of Alan Shepard – the first American in space.

In 2015, she was awarded the Presidential Medal of Freedom and was later cited by then US President Barack Obama as an example of the country’s spirit of discovery.

She was honored with a 2016 Oscar-nominated film Hidden Figures, which tells the story of African-American women who helped put US astronaut John Glenn into orbit around the earth in 1962.

Many public personalities, including former US presidential candidate Hillary Clinton and actress Taraji P. Henson, took to Twitter their mourning for Katherine’s death, thanking her for her intelligence and contribution in making history.