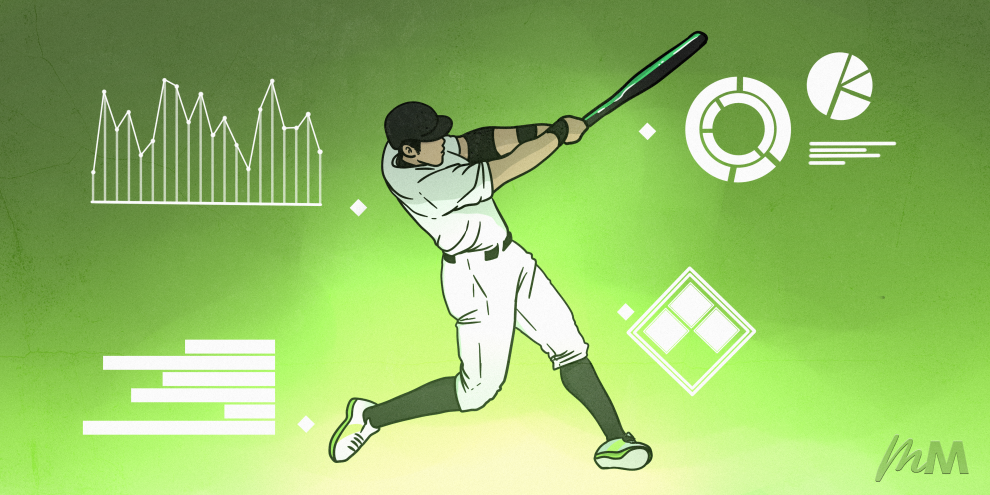 The world of sports is undoubtedly a major player in the global market, holding an estimated valuation of over $500 billion and counting in 2019. With the emergence of data analytics, it was applied in the sports industry and certainly changed the way various sports are being played in the modern era. Sports analytics is the practice of applying mathematical and statistical principles in order to gain a competitive advantage against a player or team’s counterpart. The process usually involves three key components which include acquiring data from sources, analyzing the data set, and interpreting the results and applying them in real-life situations. Since its inception in 2001, sports analytics has now stretched to cater to a vast number of professional sports and is being tactically utilized to give teams a better competitive advantage over their competitors.

Data analytics is being used in various aspects of the game. This includes gathering and assessing data sets for player efficiency, injury prevention, and rating players which the team will use as a basis for acquiring new players either through the draft or trades. With so much data available, the most vital challenge is to efficiently extract useful knowledge from these which will aid players and coaches to gain every competitive edge possible.

The first step is to begin the acquisition of data from different sources. The National Basketball Association (NBA) gathers different types of data in order to cover various aspects of the sport. Most of these data are extracted from video and sensor data. The adoption of equipment produced by sports data company STATS named the SportVU player tracking technology, marked a milestone in basketball analytics. In 2013, the league introduced the state-of-the-art video system to track the players’ movement on the court with respect to the location of the ball during gameplay. The league has an installation of six cameras in every playing court in order to collect granular data on players’ movements. This technology captures the coordinates of each player (x, y) and the ball (x, y, z) at 25 frames per second. Detailed statistics such as the players’ distance covered in a game and the speed developed when running up and down the length of the court, became available as a result. This new video system allowed the NBA to collect new data which then allowed data scientists to use machine learning and cartography to better assess which players positively contributed to their team.

Now that relevant data sets were already collected, analysis proceeds. All 30 NBA teams have different ways of analyzing their data given the different backgrounds of their data analytics team. However, many teams commonly utilize a method called Bayesian statistics which is used to portray different statistical areas with respect to the performance of a given player or team. Bayesian simulation relies heavily on statistical distributions which attempts to predict several possible outcomes and therefore serves as a tool for simulating scenarios. In line with the currently available technology, sports analysts are able to take data and create insightful yet simple visualizations to communicate with other key decision-makers of a team including the coaches and team executives.

The last and most important step in the process is interpreting the results and applying them in real-life situations. This step is important since it is how a player or a team will gain actual value from the previous steps. Interpreting the data analysis should validate the reason for conducting analytical tests in the first place, even if it’s not fully conclusive. Sports analytics helped the coaches draw a better game plan based on the data gathered from their opponents. These will help them decide on which players should be matched up against who and implement offensive strategies for their players such as how to better optimize for a shot and where they should be positioned on the court.

The Dawn of A New Era?

Speaking with Bloomberg Technology’s Aki Ito after the final game of the 2018-2019 regular season, Philadelphia 76ers head coach Brett Brown stressed the importance of data analytics in the development of the league. “It has played a significant role in our success and many others. The NBA playoffs will start in three or four days and immediately we’ll get sort of an analytical assessment on the strengths and weaknesses of an opponent. You can assess play calls, good or bad, ones that you should do more and ones that you should avoid. I think it’s going to continue to grow and play a significant role in the design of organizations and coaching staff’s beliefs.”

There is no denying that technology has successfully disrupted the sports world and is now capable of making a big impact on its ongoing and future progressions. With this trend, there is now an added aspect to the game that is being given attention and importance by the people in the industry. Gone are the days when we just focus all our attention to watch which team can score the most points. It has now turned the ball game into hard cold science by crunching numbers and data sets into different possible situations occurring within the confines of the sport. The sports industry is currently in a new age of discovery through data analytics and we are just witnessing the dawn of a new era.

Jeremy is currently studying his undergraduate degree focussed in Technology & Entrepreneurship. He is fascinated by the world of sports and also holds a sports contributor position at a magazine. He gets most excited by research and developments at the intersection of tech, data and of course sports!